I've been relatively lame for over three months - the right knee that is!!
X-rays and MRI scan results were not looking optimistic. The Sports Med doctor reckoned I was probably up for a knee replacement - really not good news - the bottom lip was out.
Several weeks ago I got to see the Orthopaedic Surgeon - one of the best I'm told on good authority.
"You're nowhere near needing a knee replacement - there's heaps of cartilige left to wear away yet. I don't really go by the MRI scan - you've heaps of abuse indicated there but it's not that bad. I prefer to go by the plain x-rays which aren't so bad (thanks Rach). But your running days are over - walk and tramp all you like - and get on your bike!"
And so I am.
About the same time as I saw the surgeon, Gloucester Street and Durham Street were opened up to one way traffic. A good chance for a bikeride - but not before a 5 degree frost delayed a planned early start.
I still wonder why we put ourselves through this torture of viewing the inner city as it continues to be 'deconstructed'. The coffee was good though. 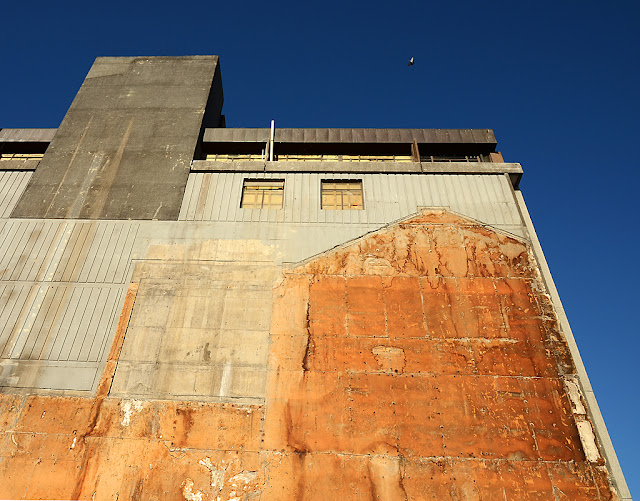 This building is on the corner of Cathedral Square (or is that Cathedral-less Square?) and Colombo Street by Gloucester Street. The sad thing is, we can't remember what the building was that abutted this structure - that is so common for the locals. But I did like the impression it left behind on the wall. And the pigeon aloft above maybe provides some hope.........................!!
Posted by REFOCUSED at 11:13 AM No comments:

I love the full moon.
It took me until I was living in Saudi Arabia, where a fellow Kiwi (and desert 4WDer and astronomy enthusiast) taught me that on the night of full moon, as the sun sets in the west, so does the full moon rise in the east (within minutes). Since learning that, I have been fascinated each full moon and when and where possible, I endeavour to be in a position to photograph it.
And so on the evening of 06 May 2012 I headed for the New Brighton Pier - but was thwarted by the clouds - yet again - this happens so often!
But wait, don't rush off with your bottom lip out, thinking you will have to wait yet another month. Something good might just happen - and invariably it does. It just requires a wee gap in the clouds and some patience! 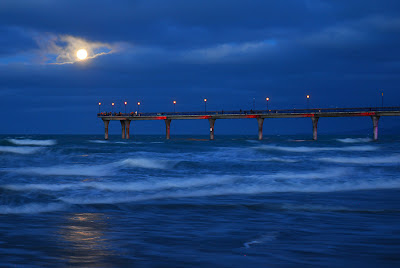 A lunar month later, this time Queen's Birthday weekend at the beginning of June, Chris and I headed out of town for the day, bound for North Canterbury and a few places we had never visited. The stipulation was that we had to be at the New Brighton Pier by 1644, sunset being at 1700.
We arrived with 15 minutes to spare - a brew was made and camera set up on the tripod. And what happened next - nothing. You guessed it - cloud!! But patience won out again and ~15 minutes later this appeared.................... 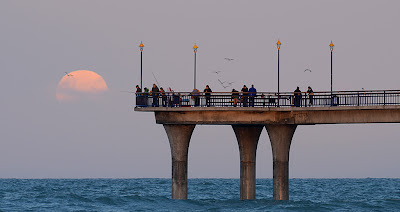 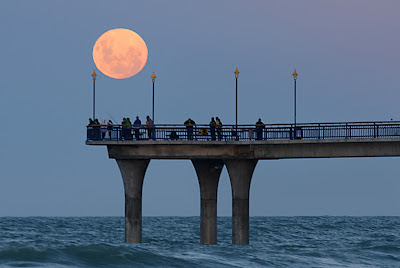 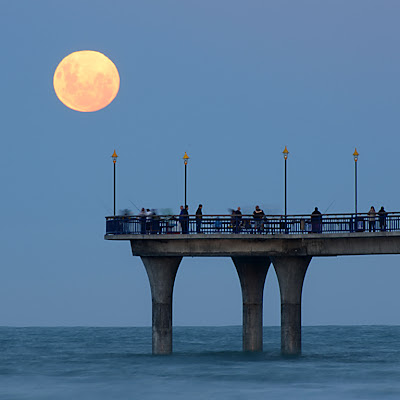 There is another reason the moon became important whilst living in Saudi Arabia. There, they  operated on the Hejra calendar - the lunar months. and we were paid at the end of each lunar month. So at full moon, one knew they were half way through the lunar month and it was only two weeks until the next pay!! And in 12 lunar months there are ~354 days (which equates to 12.4 lunar months in the Gregorian [solar] year - bonus!)
There endeth the astronomy lesson - and my obsession with the moon. Until next time.......................!!
Posted by REFOCUSED at 9:04 PM No comments: 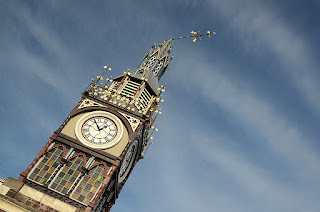 1251. Remember that time??
The time certainly stopped for this clock in the city on 22nd February 2011 - and hasn't restarted.
My last blog was over a month ago and I had great plans for a number of posts within days of that - even have the images for them. So why won't time stop for me? Maybe just for a little while. The days fly by - am I getting slower? Nah, not me! Is time speeding up? Could be - feels like it! Am I too busy? Probably!
Right, I promise to be a good boy - yeah right!! Watch this space - but don't hold your breath!

Posted by REFOCUSED at 10:34 AM No comments: