My big brother, Barry, has just self published a new book "Mountains ... only Mountains" through the Blurb website. 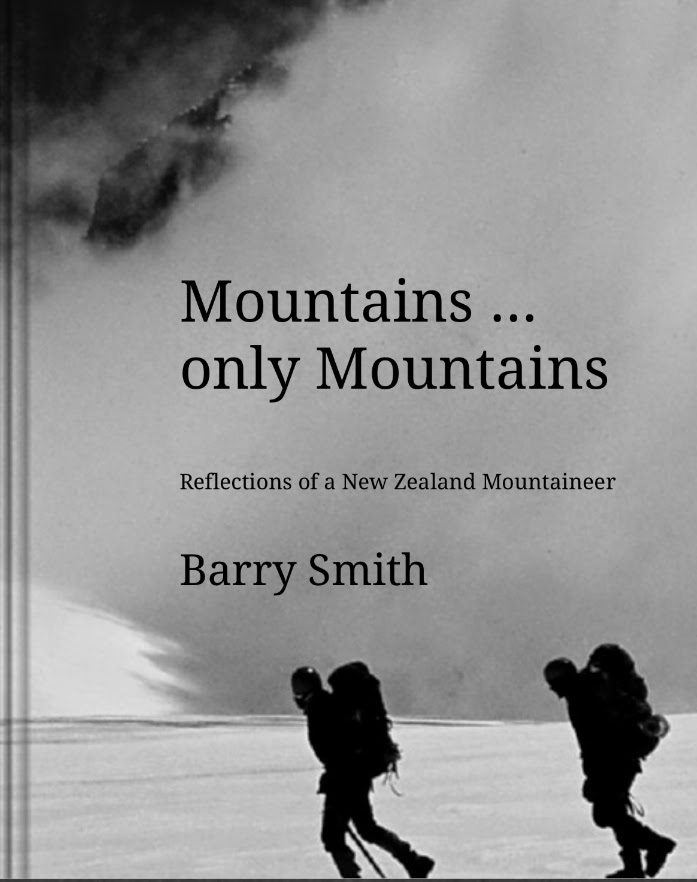 It is a great book reflecting his love of the mountains, starting back in the 1950s. Search for it on Blurb and browse the preview. It can be purchased in hardback, soft back and ebook. Price is attractive!
Well done big brother. I'm proud to be your little brother. J
Posted by REFOCUSED at 8:50 AM No comments:

Of History and Coffee

My wanderings of the Christchurch CBD, usually to show visitors around the ever changing state of the area, invariably leave me in a morose state for a few days.
To bolster myself I continue to search for new items to photograph - the options are a constant variable - as buildings continue to be demolished, new street art appears, access changes, etc, etc.
Sometimes you need to go that extra step or two - around a corner, through a doorway, slip through an insecure fence........! You can only be shouted at or told politely to remove yourself - sometimes not so politely.
On a recent foray, I found a wall that up until recently had another wall abutted to it, but was no longer. A window had appeared - opaque glass. Eyes had not peered through this window for many a decade. A loo maybe?? Nevertheless it appealed to me.
Oh, and what about the coffee I hear you cry? This old building is in High St adjacent to the intersection with Tuam Street. Directly over the road is C1 cafe - arguably one of the better caffeine establishments in town, and a regular haunt for my granddaughter and I.
Posted by REFOCUSED at 12:20 PM No comments:

Kaitoreti Spit is a favourite place for me.
It is ~30kms from home, off the highway to Little River and Akaroa on Banks Peninsula.
The spit is a narrow stretch of land, approximately 25-30kms long. At its narrowest southern end at Taumutu it is only a matter of a few metres wide - the place where Lake Ellesmere potentially opens to the sea. At its widest northern end at Birdling's Flat, the spit is 2 kms wide. There is a shingle road down the spit for ~10 kms, followed by a rough 4WD track almost to the tip.
On one side is the Pacific Ocean, benign some days - threatening on others. Dramatic and frightening occasionally!

Lake Ellesmere (Waihora) is abundant in bird life - a total of 157 species have been identified, 133 of them native, using the lake or fringe areas.
Lake Forsyth (Wairewa) used to be open to the sea - another southern bay - until 3-400 years ago.
The coastal cliffs, up to 10 metres high, south of the Rakaia River are being eroded at up to 1 metre each year. This, along with outflow debris from the Rakaia and Rangitata rivers, drifts north up the coastline by the ocean currents and is deposited at the end of the beach where it meets the southern edge of Banks Peninsula at Birdling's Flat - and hence the growth of Kaitoreti Spit (or more correctly a barrier) at its northern end. Plus of course the eventual closing off of the bay which then became Lake Forsyth.
The area is rich in history - both European and Maori. There were several tribes living in the area - at least two pa, one at the southern end at Taumutu and another at at Matahapuka right where Lake Forsyth is closest to the sea at Birdling's Flat. There may be more and middens have been found along the spit.

After the European settlers in Christchurch and the surrounding Canterbury Plains, wood was needed to build houses and bridges (the most significant being the Rakaia River bridge - longest in NZ). This wood (primarily totara) came from the hills above Lake Forsyth and Little River. There were at least 7 saw mills in the valley. The wood was brought down to Lake Forsyth, barged or rafted down the lake to near Birdling's Flat, then winched across Kaitoreti Spit to Lake Ellesmere, where again, it was barged across the lake to waiting trains and taken to either Christchurch or areas south.
Sadly today, both Lake Ellesmere (5th largest lake in NZ) and especially Lake Forsyth have suffered the ravages of farm run-off (effluent and chemicals) and are in bad shape with severe pollution.

Take the time to explore this historical and fragile landscape. The silence will envelope you!

Posted by REFOCUSED at 2:30 PM No comments: